St. Gregory the Great  got it wrong identifying Mary Magdalene with Mary, the sister of Lazarus and the sinful woman (Luke 7,38ff)  who washed Jesus’ feet. She’s one of the women followers of Jesus who came up to Jerusalem with him, mentioned in Luke’s gospel. She was a star witness at his resurrection.

Yet,  Gregory’s description of her spirituality is right on.

Here’s an excerpt from his beautiful sermon in today’s Liturgy of the Hours:

“We should reflect on Mary’s attitude and the great love she felt for Christ; for though the disciples had left the tomb, she remained. She was still seeking the one she had not found, and while she sought she wept; burning with the fire of love, she longed for him who she thought had been taken away. And so it happened that the woman who stayed behind to seek Christ was the only one to see him. For perseverance is essential to any good deed, as the voice of truth tells us: Whoever perseveres to the end will be saved.

“At first she sought but did not find, but when she persevered it happened that she found what she was looking for. When our desires are not satisfied, they grow stronger, and becoming stronger they take hold of their object. Holy desires likewise grow with anticipation, and if they do not grow they are not really desires. Anyone who succeeds in attaining the truth has burned with such a great love. As David says: My soul has thirsted for the living God; when shall I come and appear before the face of God? And so also in the Song of Songs the Church says: I was wounded by love; and again: My soul is melted with love.

“Woman, why are you weeping? Whom do you seek? She is asked why she is sorrowing so that her desire might be strengthened; for when she mentions whom she is seeking, her love is kindled all the more ardently.

“Jesus says to her: Mary. Jesus is not recognized when he calls her “woman”; so he calls her by name, as though he were saying: Recognize me as I recognize you; for I do not know you as I know others; I know you as yourself. And so Mary, once addressed by name, recognizes who is speaking. She immediately calls him rabboni, that is to say, teacher, because the one whom she sought outwardly was the one who inwardly taught her to keep on searching.”

Some recently, using flimsy evidence from 3rd and 4th century gnostic writings, want to “de-mythologize” Jesus and romanticize his relationship with Mary. Some claim he was even married to her. Their claims have been sensationalized in the  media and unfortunately get a wide hearing.

Better to listen to the earlier witness of the four gospels and the evidence of the New Testament. They recognize Mary as a disciple who was one of many women followers of Jesus and loved him. Their witness is older and more reliable. There’s also new archeological evidence about Magdala, Mary’s hometown, that helps us understand Mary Magdalene. Take a look. 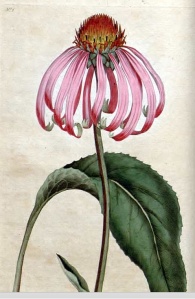 My last blog entry was “A community of believers.” You’re blessed belonging to one.

Patricia Tryon died April 14 on the Saturday within the Octave of Easter. She was part of the believing community I’ve belonged to these past years. May God bring her a believer’s reward..

“That should be on the internet,” Patricia said on the phone the first time I spoke to her, as she inquired about a book almost 17 year ago.

“I don’t know anything about the internet,” I replied.

And so began “Bread on the Waters,” (www.cptryon.org)  a website “to feed the web-surfer’s spirit” launched in November, 1996, that’s attracted millions since. She opened new worlds for many of us. My own work in the new media began with her.

The phone-call was the start of a long collaboration between this brilliant, faith-filled woman and me and others. We enjoyed her friendship and were welcomed into her world of family and friends, first in Portland, Oregon, and then in Longmont, Colorado.

Patricia’s  “community of believers”– not bound in the usual way to  one place– stretched over continents. It was connected by phone calls, email, Facebook, and occasional visits. It involved websites and splendid visual art and book lists and sparkling intellectual discussions and an abundance of human kindnesses. Patricia was an enlightening presence in it. “Ask Patricia,” we would say,  about all kinds of things, and she usually had an answer. Like all communities of believers, this one was held together by faith.

Her wisdom, advice and achievements we’ll remember, but I’ll remember something else about Patricia– her deep longing for God.

What does “longing for God” mean? We sense it more than describe it, I think, but the psalms give it a voice.  “Like the deer that yearns for running streams, so my soul is yearning for you, O God.”  It’s a longing for that tremendous Mystery that gave us the sun and the other stars. It’s expressed in a longing for beauty, for truth, for things that matter, and no darkness or suffering can stop it.

“Why are you cast down, my soul, why groan within me. Hope in God. I will praise him still, my Savior and my God.” That longing is tested, and Patricia surely experienced the testing in a soul cast down, groaning. Still, she hoped in God, her Savior, praising him still.

Writing in her blog at the start of this year, Patricia said, “ I have decided my word will be “hope”.

St Paul writes about hope in his letter to the Romans (ch 5):

‘Therefore, since we have been justified through faith, we have peace with God through our Lord Jesus Christ, through whom we have gained access by faith into this grace in which we now stand.

And we rejoice in the hope of the glory of God.

Not only so, but we also rejoice in our sufferings, because we know that suffering produces perseverance; perseverance, character; and character, hope.

And hope does not disappoint us, because God has poured out his love into our hearts by the Holy Spirit, whom he has given us.’

And again, in chapter 15 he writes:

‘May the God of hope fill you with all joy and peace as you trust in him, so that you may overflow with hope by the power of the Holy Spirit.’”

On the Saturday after Easter, her Savior called; her longing ended and her hope was to be fulfilled. I’m unable to get to her funeral, but like many of her Passionist friends throughout the world I celebrated Mass for her. We extend our condolences to her husband Chuck and daughter Alys on their loss.

I’ll also be listening these days to some of the great Baptist hymns she loved so much.

till my trophies at last I lay down;

I will cling to the old rugged cross,

and exchange it some day for a crown.”

Hope does not disappoint, Patricia.

As “the true light, which enlightens everyone ” come into the world, Jesus came not only that we might see his glory but also that we might share in it. “From his fullness we have all received, grace for grace.” (John 1,16) His baptism in the Jordan and his presence at the marriage feast of Cana in Galilee – two themes from John’s gospel still closely connected with the Feast of the Epiphany– portray Jesus revealed as God’s Son who unites humanity to himself.

From earliest times the Feast of the Epiphany, like Easter, was a day for baptizing those who believed in his name. To them, “he gave power to become children of God.” (John 1, 12) The story of the Magi, from Matthew’s gospel, says that all people are called by God to share in the grace of Jesus Christ. “The Gentiles are fellow heirs, members of the same body, and partakers of the promise in Jesus Christ through the gospel.” (Ephesians 3, 5-6)

Some historians see the Feast of the Epiphany originating from early Jewish-Christian celebrations of the Jewish Feast of Tabernacles, which celebrated God’s glory in covenant, light and water. In John’s gospel it’s during this same Jewish feast that the question is asked: Who is Jesus Christ? (cf John 7-10) He is God’s divine Son, the gospel says.

In some places the Feast of the Epiphany is also called the Feast of the Holy Kings or Three King’s Day. Gifts are given in memory of the Magi’s gifts of gold, frankincense and myrrh. Homes are blessed with holy water, in remembrance of that blessed home where the Magi found the Child and his mother.

In the western church, the feast of the Baptism of Jesus follows the celebration of the Epiphany as a separate feast, but it should be seen as  part of that celebration.

“For on this day land and sea share between them the grace of the Saviour, and the whole world is filled with joy. Today’s feast of the Epiphany manifests even more wonders than the feast of Christmas.”  (St. Proclus of Constantinople)