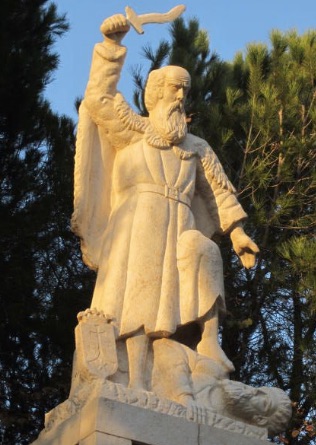 The powerful sculpture of the Prophet Elijah (above) stands on Mount Carmel in northern Israel. I must confess I like better below where Elijah is huddled in his cloak ready to die while a raven hovers behind him offering God’s food for the tough journey he’s yet to make. Yes, Elijah was the powerful prophet who forbade the rain to fall and raised the dead, but according to the Book of Kings he spent most of his time as a prophet on the run, hiding in caves and wadis, depending on someone like a poor widow for food and shelter. 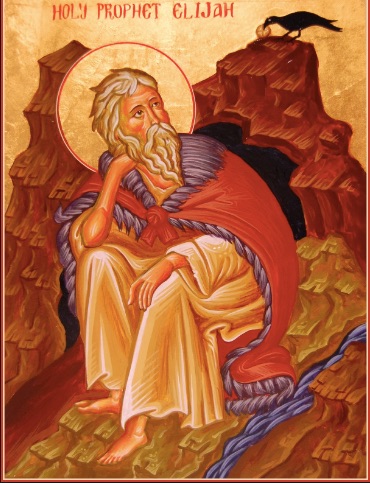 Whenever I think of Elijah I think of a man who visited us from China about 30 years ago. He had been a seminarian in our seminary in China in the late 1940’s when the communists came to power and began their Cultural Revolution. John was sent for three years to a hard labor camp for “reeducation” because he was a Christian. But when they learned he knew English, government officials made him an English teacher in a Chinese high school.

I asked John what he taught. English literature, he told me. He taught Pearl Buck’s “The Good Earth” because the Chinese loved Pearl Buck. He also taught bible stories, particularly the Old Testament stories about Moses leading the Israelites out of Egypt and Elijah confronting the evil king Ahab and his wife Jezebel.

Bible stories I asked? Didn’t the officials question him? You can’t understand English literature without knowing the stories of the bible, he told them.

Whenever I hear the story of the lonely prophet Elijah in a country completely controlled by a powerful regime, yet still faithfully proclaiming the truth, I think of John.