August 24th is the feast of the apostle Bartholomew, also identified as Nathaniel,  from Cana in Galilee, only a few miles from Nazareth.  Like Nazareth, Cana attracted little interest in Jesus’ time, yet it played  a major role in Jesus’ early life and  mission.

In John’s gospel,  Jesus turns water into wine at a wedding in Cana, his first “sign” that God’s kingdom would come. (Jn 2, 1-12) The family faced a wedding nightmare: the wine was running out and embarrassment was sure to come. 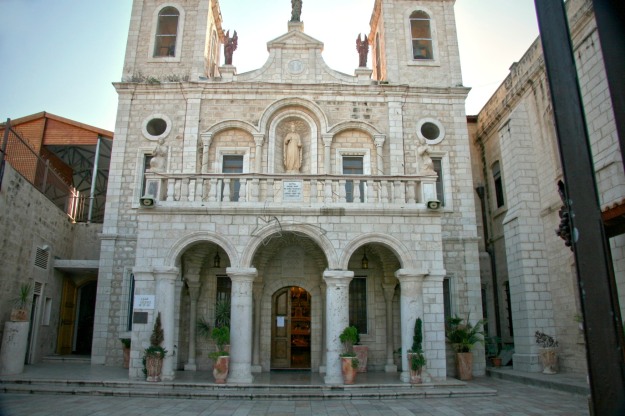 Was the family related to Jesus? Or Bartholomew?  At least they were close. Why else would Jesus, his mother and his disciples be at the celebration? 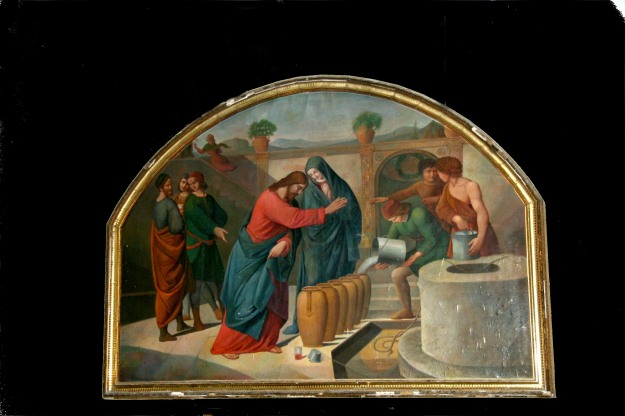 The miracle was special,. More than saving a family from embarrassment, it’s a sign in John’s gospel of God’s great love for ordinary people in ordinary towns everywhere. God delights in them, says the Prophet Isaiah, whose words often accompany the Cana miracle,  Cana signifies poor Israel, whom God loves with all the ardor of a “young man marrying a virgin,” God’s love, bountiful, restoring, overflowing with delight, goes out to this poor place, as well as poor places everywhere.

Jesus performed another miracle at Cana, John’s gospel says, another sign of the coming kingdom. Besides the miracle at the wedding, Jesus cured the dying son of a government official from Capernaum, whose ” father came to Cana because he heard that Jesus was there. (John 4.46-54) Jesus saved his son from death.

Through the centuries Cana hasn’t prospered much. It’s not much to look at today.  In the late 19th century, a visiting English vicar described it this way:

“ (Kefr Kenna) lies on high ground, but not on a hill…A broad prickly pear led to the group of houses which perhaps represents the New Testament Cana. Loose stones were scattered around the slope. There may be, possibly, 150 inhabitants, but one cannot envy them their huts of mud and stone, with dunghills at every corner. Huge mud ovens, like great beehives, stood at the sides of some of the houses.

“ In one house a worthy Moslem was squatting on the ground with a number of children, all with slates on which verses of the Koran had been written, which they repeated together. It was the village school, perhaps like that at Nazareth eighteen hundred years ago.

“ A small Franciscan church of white stone with a nice railed wall, with a beautiful garden at the side, had over its doorway these startling words in Latin: ‘Here Jesus Christ from water made wine.’ Some large water jars are shown inside as actually those used in the miracle, but such mock relics, however believed in by simple monks, do the faith of other people more harm than good.”

Cana’s still a poor town. Like other poor places in the world it’s waiting to be raised up to share in the splendor of the heavenly Jerusalem. God loves poor places like this, the Cana miracle says. Bartholomew came from here.

3 thoughts on “Bartholomew, the Apostle”